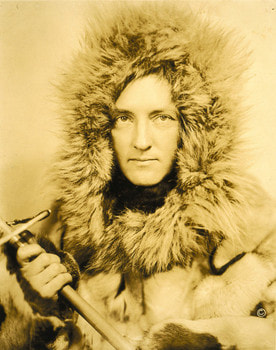 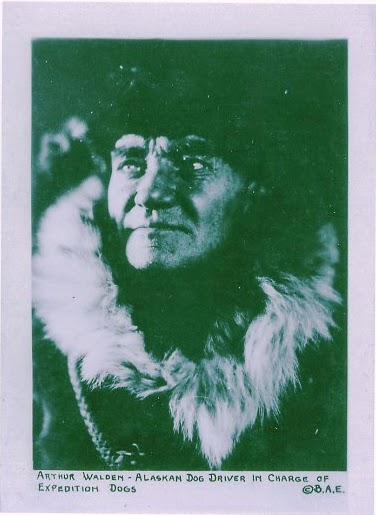 From https://oshermaps.org/exhibitions/to-the-ends-of-the-earth/section-8
In the period following World War I, new scientific and technological advances were introduced to further Antarctic exploration. An Australian, Sir George Hubert Wilkins, made the first aircraft flight over Antarctica, on November 26, 1928. However, it was U.S. explorer Richard E. Byrd who would successfully mobilize radios, tractors, airplanes, and aerial cameras for his expeditions.
​
Byrd mastered the art of public relations and self-promotion in order to raise the funds to support his costly expeditions. To generate public interest for his first expedition (1928–1930), he organized an essay competition for a boy scout to accompany him to the Antarctic. The finalist, Paul Siple, later documented his adventures in his book, A Boy Scout with Byrd. As an adult Siple returned to the Antarctic five times, becoming an outstanding authority on the southern continent in his own right as a climatologist and geographer. He coined the term "wind chill". 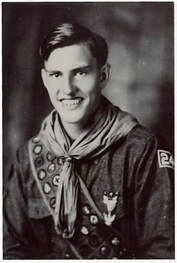 Paul Siple
Byrd invited a team of Paramount newsreel photographers to document the activities at his base, Little America. Because thousands of feet of film were constantly at risk of being frozen, the photographers dreaded the job of developing the film at the base camp — each batch taking eighteen hours in absolute darkness without even a red light — more than the risks they had undertaken during the actual filming. The completed film, With Byrd at the South Pole, was shown in theaters around the world reinforcing popular interest in polar exploration.​ 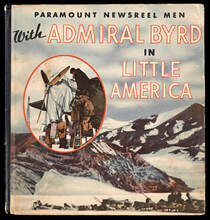 Byrd established his first base, “Little America,” in 1928, near the site of Franheim, Amundsen’s 1911 campsite on the sea edge of the Ross Ice Shelf by the Bay of Whales. From this base Byrd made the first exploratory flight over the South Pole on November 29, 1929. In recognition of this achievement he was elevated to the rank of rear admiral by an act of Congress.